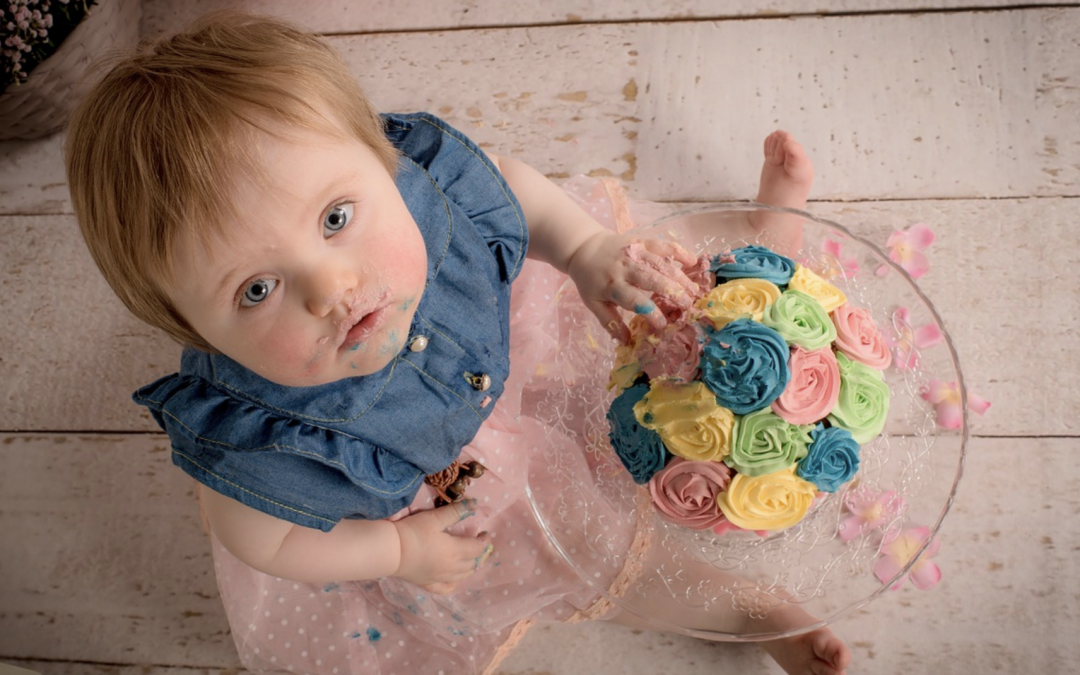 I had the most luscious gift as I stretched my eyes open on the morning of my 40th birthday. No, it wasn’t a gourmet breakfast in bed, or a diamond bracelet on the nightstand, it was a voice—not my voice, nor my words—that announced in the center of my head, “The bullshit is over.” 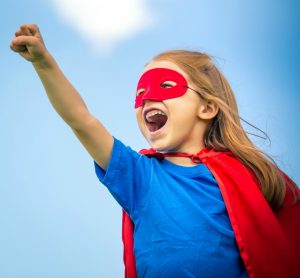 Yee-hah, I thought, not really understanding what the proclamation meant, except that it was accompanied by an extraordinary sense of peace and freedom, which felt like a mighty fine way to start a new decade. I didn’t give it too much consideration until the phone rang later that day. Hoping for a “happy birthday” from someone, I snatched up the phone without checking the caller ID. It was the Fraternal Order of the Police wanting money for the families of fallen officers.

As I listened to the spiel, which was designed to pull my emotions in a very predictable way, and getting me to respond with the “small yes.” The “small yes” is a powerful tool, which, like money and chocolate, can be used for good or ill. Coming from the mouth of a gifted therapist or healer, it can awaken new paths of empowerment and awareness. But it’s also an insidious trick of telemarketing and timeshare sales scripters. I knew this, and even though I knew I was going to refuse, I knew what my role in the script was—the polite decline, the somewhat less polite decline after the special need for the children of the families and then the apology for not giving money for something that was a perfectly good cause, but was not on my giving roster. All capped by a final apology and wishing a good day to the person who was taking up my time and plucking at my emotions for money.

Why, I wondered as I responded in the affirmative to the question about the need for law enforcement and if I think it is important for officers and kids to connect outside of accidents and tragedies, was I following the script? Because it was polite?  Because it was one of the functions of living in a civil society? Actually, to hang tough and say “no” at the end was an improvement for me. For years I had caved and given something to nearly every reasonable organization that came along, which is how my giving roster got so big in the first place.

So when he, without asking, said he was putting me down for $25, I said, “What did you have for breakfast?” Silence. Glorious silence.

“Excuse me?” he said, but then snapped right back to the script. “Uh, so like I said, twenty-five dollars is—.”

“What did you have for breakfast?” I said. “Because it’s my birthday and I feel like pancakes.” And I hung up, too chicken to engage any further, feeling a wee bit evil and more than a little giddy. Where had that come from, I wondered, I didn’t even like pancakes. I had a fleeting fear that the APD was going to break down my door in a midnight raid and arrest me for disorderly phone conduct, but then decided it wasn’t worth the $25 to them. 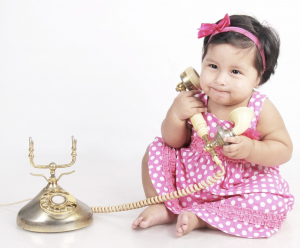 That’s more like it, the wee evil part of me chortled, even if I chickened out after a few unscripted lines. Had I been my mother-in-law, I would have stayed on the phone pondering the various breakfast choices until the caller cried mercy and hung up himself. I saw her in a command performance once when a guy called to sell her life insurance. She countered by saying that she didn’t need linoleum. She kept at it for a full five minutes, talking about how she just got her kitchen done and the old linoleum taken out while the very determined guy just pounded on about the virtues of paying a boatload of money for peace of mind in case she, at 90, died an accidental death. He finally gave up, and he never called back.

As funny as I found that scene, I always thought that kind of license was the domain of old ladies and blowhards. I never thought (then) that I could have that kind of cheek. But then that fortieth birthquake rocked my world.

The fallout continued that day, and the little jewels of that gift continue to unfold. One casualty was the game playing people do as they slowly manipulate and cajole each other with niceties and verbal prongs into doing the other’s bidding—gone in a flash. A great benefit was the sudden swoop of no longer taking anything personally, though I have to admit that was hard won after years of sob-inspiring rejection letters from agents and editors. But any residue of hurt was gone that day—boom. I went from sugarcoating to telling people the absolute truth, kindly if I could, but directly and unequivocally. In one day, I went from feeling that I was responsible for other people’s feelings to knowing deep inside that I could only be responsible for my intent and delivery, and that others were responsible for their interpretation. I went from trying to control what I knew I couldn’t control in order to keep other people happy to letting go, letting God and dodging the shrapnel. I also woke up to the fact that if I didn’t take care of myself, I was no good to anyone else, and that following the “other’s first” nice-girl dictum just ran me into the ground—and for what, some self-righteous delusion of selflessness? As useless a tradition as a captain going down with an empty ship. I am a much better person well rested, well-exercised, well-pampered and well-fed, and everyone around me is much happier when I am that way, too. Well, everyone except for the telemarketers.

But of all the ways that birthquake day shifted the ground of my life that day, the one I have the most fun with is messing with people’s scripts. We all have them, we all participate in them with one another in a convoluted tango, and tangled, social dance, and we all know exactly how they go—except when they are ours.

The hardest script to see is your own. I know. That’s the part of this gift that is still unraveling for me—but it is unraveling. And the best way that I have found to find my own scripts is to practice on other people. Once you pay attention to the social scripts, they become so obvious that you wonder how you participated without yawning or bursting out laughing. The most common one, which most people have toyed around with, is the ubiquitous, “How are you?” 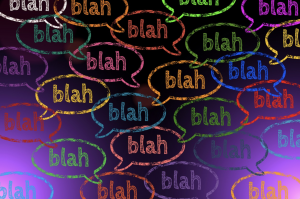 It’s such a script that it’s actually a joke, and yet it still flusters people to answer anything but a version of “fine,” “doing good,” or “okay.” Declaring yourself to be fabulous or verbally vomiting your aches and pains all over the questioner throws the whole dance into disarray. And as fun as that is, it’s almost predictable. Better to sneak up and throw a kink in a script that the other person may not even know they are following. For example, think of the friend (we all have them) that disses herself—her hair is a wreck, her life is a mess, her pants make her look fat—knowing that you, adept at kindness and script-following, will reassure her that she is beautiful and has her life together, even if it stretches the truth to the point of snapping. What would happen if you broke script and agreed with her? Or, if that were too much of a leap, if you simply said, “what would you do if I said yes?” Breaking that script might be the best thing that you could do for her.  But be prepared for the backlash; it can be brutal. No one knows your scripts like your friends. And if you tick them off enough, they’ll give you a crash course in what they are. And that can be good.

Script-quakes can knock an off-kilter world back on track. Remember Ashley Smith, a struggling recovering meth addict and Brian Nichols, a prisoner who shot his way out of an Atlanta courtroom and then held Ashley hostage in her home. Ashley changed her own script, forever it turned out, when she refused meth in the midst of her imprisonment, and that first quake knocked her into making up a new script as she went along. In a few hours, her life had shifted so much that she broke free from the chains of addiction that had so bound her. Because of her courage and inventiveness, Brian Nichols, who had surged for freedom so violently, broke through that script and gave himself up without incident.

Most script changes, thankfully, are not that earthshaking, but they are fun. It’s easy, once you break a good one, to get that giddy feeling, and start to take script-breaking to an extreme, which can cause you to lose friends and annoy people in an extravagant way. If that makes hesitant about trying it on your friends, then try it on a telemarketer, they won’t mind; it breaks up the monotony of their job and zests up their lives. If you’re really brave, try it on your family, and turn those boring old family reunions into a rockin’ and rollin’ seismic zone. Just don’t forget to duck! 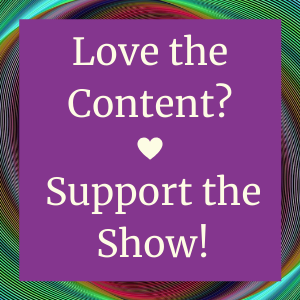 Pushing the edges of my own consciousness has been my passion for as long as I can remember. I’ve been helping others push past limiting perceptions and expand their minds and realities for almost as long. Conversations are a great way to explore what’s possible, whether through listening to the conversations in this site or talking privately with me or one of my mind-blowing friends.