What Is Hypnotherapy & How Does It Get Fast Results?

Hypnotherapy has a bad rap, but there is a reason that more and more traditional therapists and psychologists have quietly added hypnosis and hypnotherapy to their menu of therapies.

Hypnotherapy is not the therapy for everyone, or for everything.

Hypnosis and hypnotherapy are best at helping you do what you really want to do, but where you have blocks or inhibitions that get in the way.

Hypnosis and hypnotherapy work because it can help you break the trance of internalized rules, conventions and conditioning that tell you who you can and can’t be, what you can and can’t achieve, how you can and can’t live. It also helps you adopt the ideas, permissions and pathways that support you living the life you desire, and being the person you wish to become.

Clients who have tried conventional therapy regularly say that a single hypnotherapy session with me gives them the results of six week or even six months of their previous therapy sessions. I’d love to think it was my skill level at work, but hypnotherapy as a modality works best for certain kinds of people and for certain kinds of issues because it works at deeper brainwave states that hold the trance of self-limitation. Working at these deeper brainwave states is what makes hypnotherapy such a fast and effective tool for change.

What Are Brainwaves and How Do They Hold Self-Limitation in Place?

Science has discovered “new” states like gamma and epsilon, notably in Tibetan monks deep in meditation, but generally there are four brainwave states that are currently considered everyday brainwave states.

Beta (12-38 hertz) is the wave state of the cognitive thinking mind. It likes to solve problems (and often seen everything as a problem to be solved) as well as helps you plan a trip, think critically, balance your checkbook, make a shopping list and so on. As a society we value and reward this cognitive state, but all brain waves are active in the brain most of the time, in varying levels, depending on your activity, focus and the task of each wave in different parts of the brain. The higher frequencies of Beta waves can also tire the brain, and can cause things like insomnia and habitual hyper-alertness.

Alpha waves (8-12 hertz) are dominant in the calm but alert states of contemplation, light meditation, present moment awareness as well as daydreaming, from the light wandering mind that happens while driving or zoning our in front of a screen, to the deep reverie of imagining yourself lounging on a yacht in the Caribbean—or of falling off the yacht into the ocean and being bit by a shark. What you daydream of, whether expansive possibility or catastrophe, can tell you a lot about your hidden trances. I like to call the alpha state a gateway state because this light, relaxed state opens the door to working with the deeper brainwave states of Theta and Delta, where your hidden self-limiting trances lie.

Theta waves (4-8 hertz) occur in meditation and the deep relaxation between waking and sleep. As you’ve probably experienced, your mind wanders in this state, but it’s not as easily influenced as contemplative Alpha waves are. Children are in the Theta brainwave state much of the time. The ability to absorb information in this state is one reason why languages are so much easier to learn as a child. This absorption learning also means that children take in a lot from their environment that passes into their world-view structure without any critical evaluation, which can create multi-level conflicts, like good girls don’t talk loudly, they politely raise their hands to speak even if boys don’t, and strong women self-advocate for themselves and others. Likewise, conflicting values like boys don’t cry, men go after what they want relentlessly, and good husbands are sensitive and emotionally available for their partners and children can swirl in an ongoing inner rumble..

Delta waves (1-4 hertz) are the waves of deep sleep, but you can get into these waves during hypnosis without going to sleep. This looks like sleep to observers, hence the mis-belief that a person is unconscious during hypnotherapy. Delta is also the brain wave state that babies are in most of the time. In Delta, a baby absorbes its environment like a sponge, and what is absorbed forms a person’s early working model of the world, of families, of relationships, and of self. This early model, whether functional or dysfunctional, is the foundation on which  ideas, experiences and models of world and self build as you grow.

Most people try to use their rational Beta state to set goals and make changes, and use willpower to actualize the change. If the goals compete with hidden imitations, goals and willpower rarely work for long because Beta waves are incompatible with the deeper states where your beliefs, models and habits reside. Willpower and Beta focus use up a lot of energy, and eventually people burn out and slip into the regenerative deeper brain wave states, where the patterns of self-limitation reign.

Hypnotherapy works because it operates at the level of the deeper brain wave states to challenge and replace patterns and beliefs of self-limitation, and shift them to patterns of self-support. For deep or pervasive patterns and beliefs it is easiest to have a guide, like a trusted hypnotherapist, to help you make the changes you want. The big challenge for DIY self-hypnosis is that the brain pops back into Beta or high Alpha waves to “think” about what you want to change which pulls you out of the waves where the pattern lies.

What Is Hypnotherapy Best Used For?

There are three ways that hypnotherapy can best be used, and different kinds of hypnotherapists to seek out for each one.

Behavior Change: Changing a specific behavior  is probably the most requested use for hypnotherapy. This includes stopping smoking, nail biting or impulse shopping, as well as sleeping better, symptom relief and weight loss.

Specific behavior changes or outcomes are usually best achieved with a combination of hypnotherapy and behavior modification strategies. Finding a hypnotherapist that specializes in the behavior change you desire, as well as who has training in cognitive behavioral patterns or similar habit change strategies will probably give you the best results.

While many people find some success using hypnotherapy for behavior change, unless the underlying cause of a behavior is also addressed and released, the original or another habitual behavior can manifest in its place. You can improve your odds at success by finding a hypnotherapist that addresses both the behavior and underlying causes, or by using a behavior program like stop smoking or weight loss in conjunction with the next kind of hypnotherapy.

Emotional Relief, Pattern Change and Improved Functionality. In my experience, the second most common reason people look to hypnotherapy is to make positive change in their lives that is not as straightforward as a behavior change. They recognize that to have the change they desire, they need to shift old mental or mindset patterns, release old emotional hurts, and adopt new strategies and capacities for life’s challenges. A particular issue will often prompt seeking out a hypnotherapist—needing to ask a boss for a raise, transition like divorce or retirement, or a jarring diagnosis—but true resolution includes an element of personal development. If this is you, look for a hypnotherapist that resonates with you and the self-development you are looking for. Examples might be hypnotherapists with a business  or industry background that support career success. Hypnotherapists with a religious or other specific worldview that is important to how you conceptualize your life and issues.

Hypnotherapy for Expansive Self-Exploration. Where the previous kind hypnotherapy is about becoming healthier and more functional in your life, this kind of hypnotherapy helps you to explore and uncover hidden parts of yourself, both hidden blocks and hidden capacities and gifts, as a strange of self-evolution. People who use hypnotherapy in this was are generally highly functional, but feel that there is more to themselves and life than they let themselves experience. You can also think of this as “inner adventure” hypnotherapy, because, rather than a goal, we focus on releasing chronic tensions, contractions, beliefs and patterns to open up a new realm of self-knowing and possibility. This kind of hypnotherapy helps to unlock creativity, self-expression and frees the more fluid “you” that is hidden beneath the chronic conditioning and contractions of life. This is my favorite kind of hypnotherapy and mostly the only kind I do now. In a world that is rapidly changing, being open to how you can change with it, in ways you might never have imagined or considered, is one of the great adventures of life.

Who and What is Hypnotherapy Not So Great For?

Hypnotherapy works best for people with generally good mental, and emotional and physical health. It is not a substitute for appropriate medical or psychological treatment or medications.

Hypnotherapy requires that you be able and willing to relax in to alpha or deeper brain wave levels with a hypnotherapist, and not everyone is willing to do that. People who feel the need to be in control at all times can find it a challenge.

Being honest with yourself (and your hypnotherapist) is also key. Hypnotherapy is an affirming form of change. Trying to manipulate the process will signal to your own subconscious that it is not safe to allow change.

The person seeking hypnotherapy needs to want the change they are seeking for themselves, and also to be open to changing. If they only want to make someone else happy, then it is unlikely to work.

Most hypnotherapy is not covered by insurance, because most states don’t license hypnotherapists as a stand-alone certification. If insurance coverage is a requirement for you, then look for a licensed therapist, counselor or psychologist that offers hypnotherapy as part of their therapy, and confirm with them before booking that what you are looking for will be covered by your insurance.

Give It a Try!

Hypnotherapy is not a modality for all things. But it can help people who truly want to make positive, permanent change do so in a way that can be faster and easier than many other forms of habit change and self-development.

If hypnotherapy speaks to you, do your homework (and search the web) for a hypnotherapist that 1) offers the kind of help you are seeking; 2) resonates with your worldview or at least doesn’t espouse a worldview you disagree with; 3) be open to the process—hypnotherapy is effective, deeply relaxing and even fun! 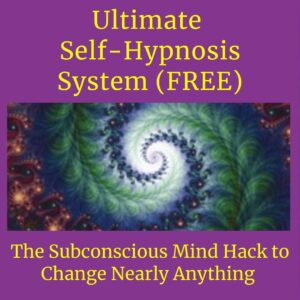 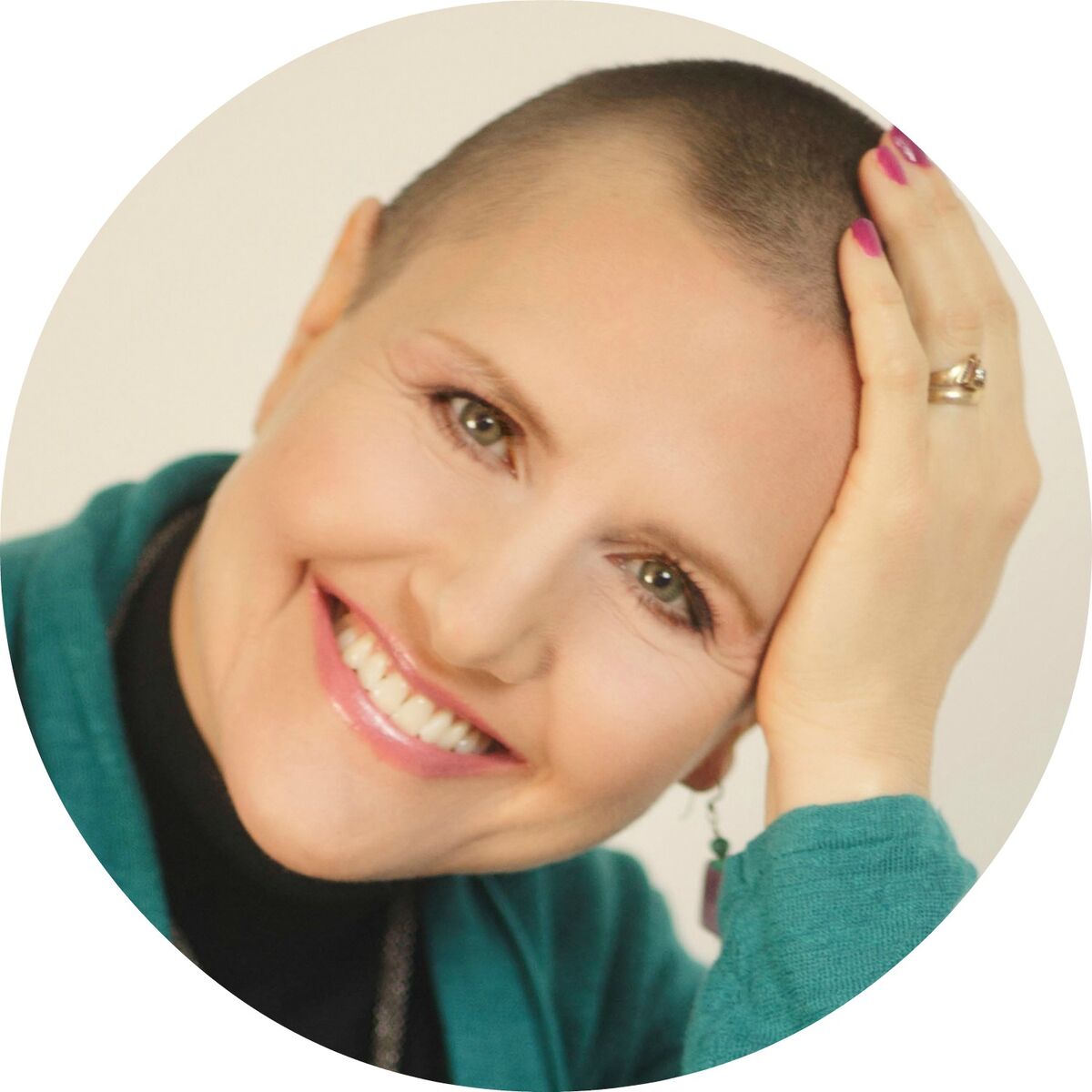 Pushing the edges of my own consciousness has been my passion for as long as I can remember. I’ve been helping others push past limiting perceptions and expand their minds and realities for almost as long throgh writing, speaking, podcasting, coaching and hypnotherapy.

Hypnotherapy is a great way to explore what’s possible, make personal change and evolve yourself toward the amazing being you came here to be.

Explmore about hypnotherapy with me HERE

I’ve worked with top coaches like Tony Robbins and Jack Canfield, and I can truly say that working with Kristine is a gift I encourage anyone to take. Kristine listens at an intuitive level and then revels the true conversation you’re having with your self from your soul. The self that begins to emerge and be in the world is authentic. It’s the real You. You don’t have to spend years in this process either. Working with Kristine is all you need.

Sandra G
Find Out More About Hypnotherapy with Kristine Here